A Christmas Carol - Plaza On Demand 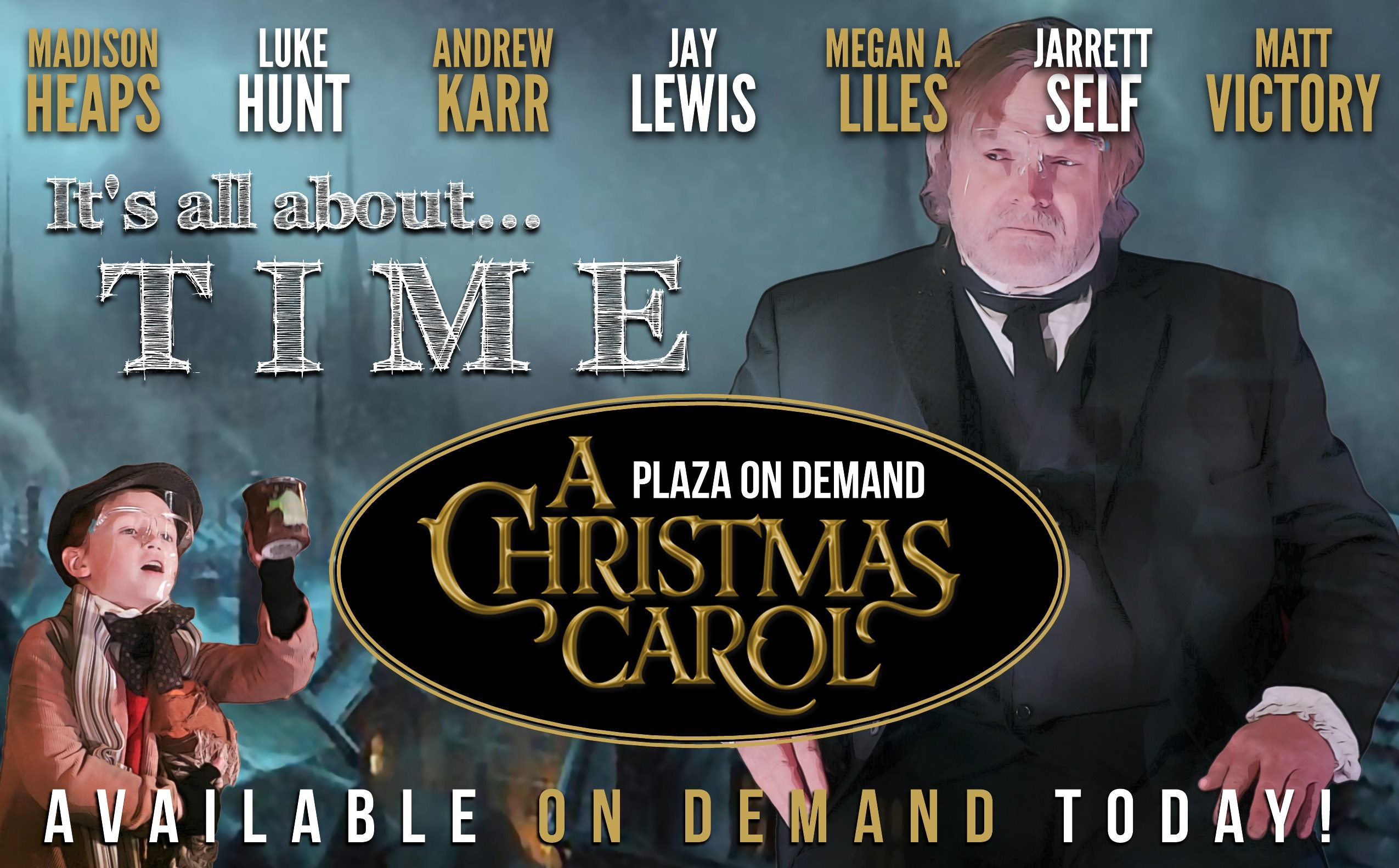 Tickets are $15 and you only need one ticket per household. Ticket is good for 48 hours once the video is opened.
For information on how to watch this video on your Television using AirPlay, Chromecast, Roku or Firestick click here.

If you would like to pay more for the ticket please consider adding a donation by going here.

Filmed live over the course of four days at Plaza's Outdoor Theatre, this adaptation of the Charles Dickens classic casts seven actors in the nearly 30 roles of the show creating a unique and immersive experience for the viewer. The story is adorned throughout with traditional carols of the season bringing a lively and exciting flavor to the whole production.

The cast features Luke Hunt as Ebenezer Scrooge throughout his past, present and future. The company also includes Madison Heaps as Storyteller, Little Fan, Mrs. Cratchit, Topper's Girl and Laundress; Andrew Karr as "Tiny" Tim Cratchit; Jay Lewis as Storyteller, Marley's Ghost, Father and Belle's Husband; Megan A. Liles as Storyteller, Solicitor, Past, Belle, Fred's Wife, Poor Wife and Charwoman; Jarrett Self as Storyteller, Fred, Young Ebenezer, Present, Poor Husband and Old Joe and Matt Victory as Storyteller, Bob Cratchit, Dick Wilkins, Mr. Fezziwig and Topper. The show is directed by JaceSon P. Barrus with Wayne Trimble as Director of Photography, editing and sound design by G. Aaron Siler, lighting and scenic design by Cameron Barrus, stage management and script supervision by Casey Covington, costume design by Tina Barrus, musical direction by Megan A. Liles, still photography by Hannah Midkiff Photography, Travis Trimble and Christopher Messer as assistant cameramen, Jim Ferens as drone photographer and special thanks to Andrew Barrus, Drenda Lewis, April Karr and Granbury Theater Company. Extreme measures were taken during filming to protect the safety of all involved. The show was blocked in a socially distanced manner, all performers and crew members remained shielded or masked throughout, the entire procedure took place outdoors and, as mentioned above, the show was performed by a small cast of actors to keep those involved to a minimum. PlazaOnDemand is pleased to offer A CHRISTMAS CAROL to rent for your holiday viewing pleasure. The rental price is $15 for a 48 hour period once you begin watching. The production will be available to rent for the remainder of the year.


Watch on your television.

For information on how to watch this video on your Television using AirPlay, Chromecast, Roku or Firestick click here.