The Diary of Anne Frank

This mesmerizing play taken from the actual words of young Anne Frank is based on the true story of a young Jewish girl who kept a diary of her time hiding from the Nazis in an attic of her father's office during World War II. The play begins and ends with the return of Otto Frank to the abandoned hiding place. Only Anne’s words remain. 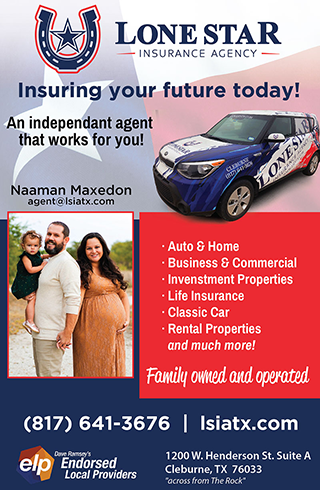 Tickets are currently not on sale for this production.

If you are a season ticket holder you may make a reservation for this show by contacting the box office.

Plaza Theatre Company is pleased to announce auditions for its upcoming production of THE DIARY OF ANNE FRANK. The initial audition is being held on Tuesday February 11th from 7pm to 10pm.

The show is being directed by Taffy Geisel with Stage Management by Stormy Lee.

Audition appointments are available by visiting www.plaza-theatre.com and clicking ‘Auditions’. The audition will be held at Plaza Main Street which is located at 111 S. Main Street in Cleburne.

strong>AUDITION INFORMATION
The audition will consist of a cold reading from the script.

Additionally, from Director Taffy Geisel: “This play is truly an ensemble show. Most of the characters are onstage for most of the play. We are looking for actors that can learn to mesh together as a unit, breathe together, think together, respond together, able to be 100% in the moment every moment of the show. Every actor must be able to take the focus when it is theirs to take, and cede the focus it when it is not their moment in the spotlight.
All actors will need to be willing to participate in group warm ups.
The show is emotionally challenging and has very dark and frightening moments. All actors will need to be able to release the emotions of the show when leaving rehearsal.
This is a powerful story, and one that must be told - lest we forget.”

Please note that performers of any ethnicity, race, color, sex, gender, age, sexual orientation, marital status, religion, and who are differently abled are welcome and encouraged to audition.

A call back audition will be held on Wednesday February 12th at 7pm. Those who the directors wish to see further will be invited to the call back audition which may last up to 3 hours time. PLEASE REFER TO THE PLAZA AUDITION GUIDELINES AS WELL AS THE PLAZA AUDITION CREDO WHEN PREPARING YOUR AUDITION. The guidelines and Credo can be found at plaza-theatre.com/auditions

SHOW INFORMATION
It is July, 1942. WWII is raging across Europe. In Holland, teenager Anne Frank and her family must go into hiding. They are Jews, and the Nazi invaders are committed to exterminating the Jewish race. Completely reliant on friends to bring them every necessity,
Anne quickly learns of the hardships of living in cramped quarters. Her diary has preserved for us the realities of the challenges of living in hiding.

ABOUT THE THEATRE
Plaza Theatre Company is a 276 seat theatre-in-the-round located at 305 S. Anglin Street in Cleburne, TX. The Company produces around 10 shows a year usually in the style of family-friendly comedies and musicals. PlazaCo opened in November of 2006 and is currently producing its 134th show. The Company has been the proud recipient of over 65 Column Awards including winning “Best Musical” in 2009, 2010, 2012, 2015 and “Best Play” in 2014 and 2018 in addition to recently being named “Best Theatre Group” by the WFAA A-List for 2011. Further information about PlazaCo is available by visiting http://www.plaza-theatre.com

CHARACTER DESCRIPTIONS:
ANNE FRANK - must be able to play 13 -15. Anne is bright, curious, stubborn, full of life. She adores her father, but is irritated by her mother. Gifted writer.

EDITH FRANK, 42 - Nervous, reserved, fearful. Doing things 'properly' is very important to her. While she and Anne clash on many subjects, Edith gets along well with Margot.

MARGOT FRANK - must be able to play 16 - 18. Studious, academically bright, quiet, modest. Like her mother, she follows the rules of propriety.

OTTO FRANK, 53 - Anne and Margot's father, husband to Edith. Stable, patient, thoughtful, excellent managerial style. He can keep his temper in the most trying situations. Believes strongly in the value of education.

MR. PUTTI VAN DAAN, 44 - Grumpy, self-centered former business partner of Otto Frank. He is very selfish, and is highly critical of Anne. His stomach and cigarette addiction are the driving forces of his life.

MRS. PETRONELLA VAN DAAN, 42 - Vain, flirtatious, very focused on pairing her son up with a possible wife. Is very proud that she was popular in her youth. She is the center of much of the conflict in the attic.

PETER VAN DAAN - must be able to play 15 - 17. Very quiet, introspective, reserved boy. Has a cat, who helps keep down the rodent population. In the beginning, he refuses to give Anne any attention, but over time, they become friends.

MR. KRALER - A businessman who works in the offices below the Attic. Putting their ownlives at risk, he and Miep gather the necessities of life for the Franks and Van Daans.

MR. DUSSEL, 53 - Persnickety dentist, married to a Gentile. Finds the stress of sharing a room with Anne, and living in the crowded attic, almost unendurable.