The story of Edward Bloom, a traveling salesman who lives life to the fullest comes to life in "Big Fish". Edward’s incredible, larger-than-life stories thrill everyone around him—most of all, his devoted wife Sandra. But their son Will, about to have a child of his own, is determined to find the truth behind his father’s epic tales. Overflowing with heart and humor, it's an extraordinary musical that reminds us why we love going to the theatre. 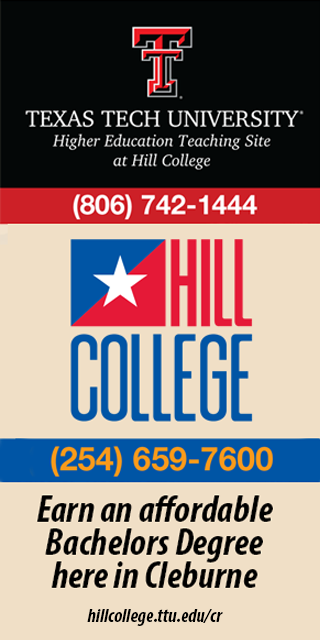 Tickets are currently not on sale for this production.

If you are a season ticket holder you may make a reservation for this show by contacting the box office.

Plaza Theatre Company is pleased to announce auditions for its upcoming production of BIG FISH THE MUSICAL. The initial audition is being held on Monday March 9th and Tuesday March 10th.

The audition will be held at Plaza Main Street which is located at 111 S. Main Street in Cleburne.

AUDITION INFORMATION
Those auditioning will be asked to be prepared to sing 32 bars of music in the style of the show. An accompanist will be provided. Auditioners should also plan to read cold from the script during the initial audition. The directors will spend around 5 minutes with each individual performer at this initial audition.

Please note that performers of any ethnicity, race, color, sex, gender, age, sexual orientation, marital status, religion, and who are differently abled are welcome and encouraged to audition.

The story of Edward Bloom, a traveling salesman who lives life to the fullest comes to life in "Big Fish". Edward’s incredible, larger-than-life stories thrill everyone around him—most of all, his devoted wife Sandra. But their son Will, about to have a child of his own, is determined to find the truth behind his father’s epic tales. Overflowing with heart and humor, it's an extraordinary musical that reminds us why we love going to the theatre.

ABOUT THE THEATRE
Plaza Theatre Company is a 276 seat theatre-in-the-round located at 305 S. Anglin Street in Cleburne, TX. The Company produces around 11 shows a year usually in the style of family-friendly comedies and musicals. PlazaCo opened in November of 2006 and is currently producing its 132nd show. The Company has been the proud recipient of over 65 Column Awards including winning “Best Musical” in 2009, 2010, 2012, 2015 and “Best Play” in 2014 and 2018 in addition to recently being named “Best Theatre Group” by the WFAA A-List for 2011.

CHARACTER DESCRIPTIONS:
Edward Bloom (Lead): Male, 35-59
A loving husband and father who leads a complex imaginary life with many fantasy friends; requires a singer, dancer who ages from 18 to 60+; a huge heart, a great sense of humor and a vivid imagination.

Will Bloom (Lead): Male, 30-35
Edward’s son, a realist and a pragmatist; and the polar opposite of Edward. His journey of reconciliation with his father is the story of the musical.

Sandra Bloom (Lead): Female, 35-55
Edward’s wife, a loving wife who completely understands her husband and who seeks and believes in the possibility of reconciliation between her husband and son. This is the leading female role that requires an actor who ages from 18 to 60+.

Young Will (Supporting): Male, 7-12
Intrigued by his father’s stories, but already starts to doubt their truth.

Josephine Bloom (Supporting): Female, 30-35
Will’s wife, a lovely young woman who provides balance for Will’s pragmatism. With Sandra, she supports and helps guide Will’s journey toward reconciliation with his father.

Karl the Giant/Ensemble (Supporting): Male, 18-35
A giant, one of Edward’s fantasy friends. This supporting role requires an actor who is 6’6” or over. Through Edward’s friendship, he grows from being a ‘beastly’ outcast to a highly successful businessman. Requires an actor who has an appreciation for comic irony, stilt walks, and dances.

Amos Callaway/Ensemble (Supporting): Male, 30-45
A werewolf, another of Edward’s fantasy friends. Masquerading as a ringmaster of a broken-down circus, he begins as Edward’s tormentor but then, through Edward’s acceptance, he accepts himself and becomes highly successful.

The Witch/Ensemble (Supporting): Female, 20-40
The earliest and most fantastic of Edward’s “imaginary” acquaintances who shows him how he’ll die. This role requires a strong, sexy singer-dancer with commanding acting skills.

Jenny Hill/Ensemble (Supporting): Female, 18-35
The other woman, one of Edward’s early childhood friends who he forgets but then who later becomes the recipient of his kindness. This role ages from 18 to 60+.

Men and Women to play 2-6 roles including Alabama Lambs, Girl in the water, and more. The ensemble members have plenty of dancing roles and stage time. The ensemble is integral to the success of this show as they appear in multiple roles and locations throughout. Wide range of ages and skill levels needed.