Can three guys really cover thirty-seven Shakespeare plays in less than two hours? This fast-firing comedy does just that as it parodies all of the Shakespeare plays (plus the sonnets!) with only three performers in two acts. This play is full of energy as the characters run across the stage and keep you guessing how they will pull off the next play. 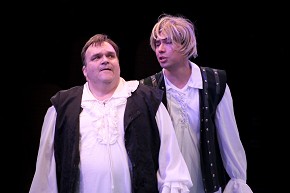 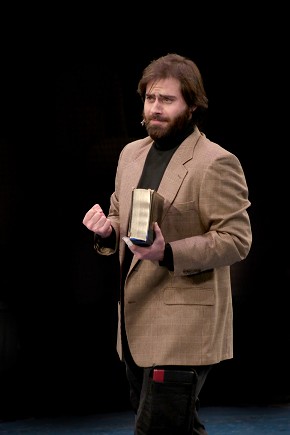 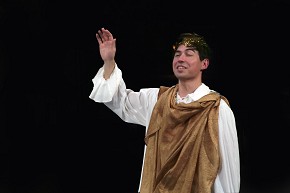 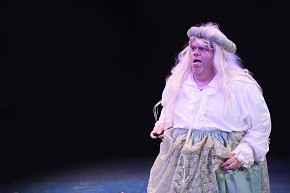 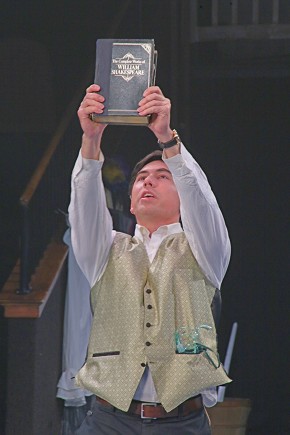 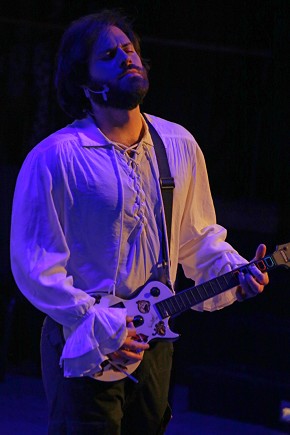 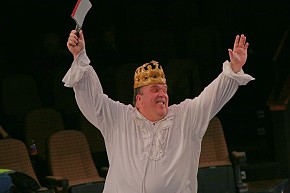 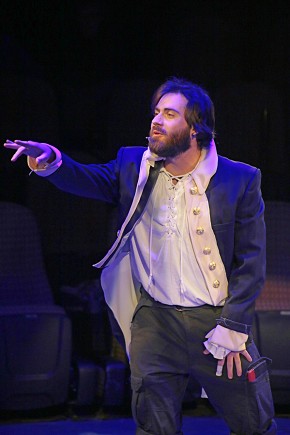 Matt's previous Plaza appearances include ZORRO, HAIRSPRAY, SINGIN' IN THE RAIN, THE LITTLE MERMAID, MARY POPPINS, HEAVEN CAN WAIT, and BEAUTY AND THE BEAST. Matt was born and raised in Cleburne but moved away to attend Harvard University where he completed a degree in Computer Science. He performed regularly at several professional and community theatres in the Boston, Seattle, and New York City areas. He spent 9 years as a hedge fund trader outside of New York before moving back to Cleburne in 2015 to join the family business.
More info

Jesse first performed as Hugo Peabody in BYE BYE BIRDIE at Plaza and has since felt most at home on the Plaza stage and appeared in numerous shows including CAMELOT, TREASURE ISLAND, THE ADDAMS FAMILY, and most recently, he played Romeo in ROMEO & JULIET, which is one of his favorite roles, as well as Zorro in ZORRO THE MUSICAL, Bob Cratchit in A CHRISTMAS CAROL, and Lt. William Seawright in DEAR RUTH. “I feel blessed to be able to have such fun on stage. A huge thank you to everyone involved at Plaza for this wonderful experience. And a thank you to my Wife, you are my greatest friend and support. I love you.”
More info

Freddy is exceedingly, exceptionally, extraordinarily excited to be making his directorial debut at Plaza Theater. Recently he played Benvolio in Plaza's Shakespeare in the Park production of ROMEO AND JULIET, and won a Column Award for his portrayal of Chef Louis in Plaza's THE LITTLE MERMAID. He also Assistant Directed THE LION, THE WITCH, AND THE WARDROBE at the Granbury Theatre Company and was the Stage Manager for ELEMENTAL: NATURE'S RHAPSODY in Dallas as part of the AT&T Elevator Project. He will next appear in a production of THE MANDALORIAN THE MANDO-MUSICAL as Baby Yoda. He'd like to thank God, his Mother, Father, and as always, Meryl Streep.
More info

Casey is very excited to stage manage at Plaza Theatre Company again. She has previously stage managed SINGIN IN THE RAIN, ZORRO THE MUSICAL, and THE MARVELOUS WONDERETTES. You might have seen her on the Plaza stage as Ethel Toffelmier in THE MUSIC MAN and Attina in THE LITTLE MERMAID. Casey is currently finishing a degree in theatre at UTA. She would like to thank the producers at Plaza Theatre Company for continuously giving her the opportunity to do what she loves.
More info