A fresh take on a familiar Bible tale, THE ARK tells the story of how one family learns to brave life’s rough waters by sticking together. With one of the most adventurous stories ever told and thrilling and original music by composer Michael McLean, this exciting new musical is sure to delight and inspire audiences of all ages. 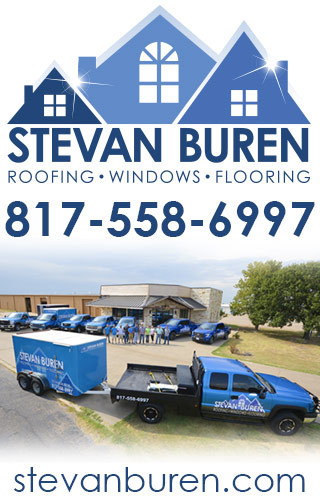 A 40 plus year veteran of the stage, theatre and music, Joel just completed his 4th season as a guitar/ukulele playing singing Santa and his 66th MLB event with the Texas Rangers as an Anthem singer. He would like to thank JTAM for their leadership and stewardship and as always thanks to “MY FAMILY…*ahem* they’re a little shy…”. Welcome Aboard!
More info

Susan loves musicals, family and the Bible…so this show is pure joy for her! Susan’s most recent role before Eliza, was portraying a hero of her faith…Corrie Ten Boom in THE HIDING PLACE at LYC theatre. Some other favorite roles include Dolly, HELLO DOLLY, Plaza & Granbury; Patsy, ALWAYS, PATSY CLINE, Plaza & Grand Prairie Arts Council; Tanya, MAMMA MIA, Garland Summer Musicals; Mother Superior, SISTER ACT, MainStage Irving Las Colinas. Much love to my wonderful Rob and our children Madeline, Susannah and her hubby Nick. Thank you JTAM for being the hardest working team around! Welcome Aboard!
More info

Quentin is thankful to Plaza Theatre Company for the opportunity to participate in such an exciting production. This is Quentin's first foray into musical theater in many years, and as such, Quentin would also like to thank the director, JaceSon Barrus, as well as the whole production team for making his return so special. You may have seen him recently as Billy Hickory Wood in ONE FOR THE POT here at Plaza. In addition he'd like to extend his thanks to all of his friends and family who have supported the pursuit of his time-consuming hobbies. When not on the stage, Quentin is a Realtor with Great Scott Realty Group.
More info

Emily has been involved in over 30 productions here at Plaza Co. You may have previously seen her as Jo March in LITTLE WOMEN, Marie in CINDERELLA, Martha in WHITE CHRISTMAS, a Narrator in JOSEPH...DREAMCOAT, Ursula in THE LITTLE MERMAID, or Tracy Turnblad in HAIRSPRAY. She has also played with Granbury Theatre Company in HANDS ON A HARDBODY as Norma, INTO THE WOODS as The Witch, OLIVER! as Nancy, 9 TO 5 as Judy, and SHREK as the Dragon. Emily would like to thank her family, especially her partner, Dustin, for holding down the fort while she gets back to playing!
More info

Ivie (they/them) feels honored to be back performing in another PlazaCo show! You may have seen them before as Prince Topher/Jean-Michel in CINDERELLA. You may also recognize them from GTC shows such as LITTLE WOMEN (Aunt March), SPAMALOT (Not Dead Fred/French Taunter/Prince Herbert), LEGALLY BLONDE (Kyle), THE PRODUCERS (Franz Liebkind), THE WIZARD OF OZ (Zeke/Cowardly Lion), and GREASE (Doody). "I would like to offer a very special 'thank you' to L Bryce Welborn for being an endless fountain of affirmation and support."
More info

Jess Jennings (she/her) is excited to make her onstage debut at Plaza Theatre Company! Though she studied music and theatre at the Fort Worth Academy of Fine Arts, this will be her first time performing in a musical production. She’d like to thank the cast and crew of THE ARK for creating such a fun and welcoming experience, and give big thanks to her parents for their support and encouragement. “A special shout out to my sister Jazzy, for inspiring me to audition and teaching me what a chassé is.”
More info

L Bryce Welborn (he/him or they/them) is so excited to join Plaza Theatre Company for yet another amazing show! He has been active in the educational and community theatre scene for over 8 years, with over 10 total years of professional training in dance, acting, and vocality. He has previously directed and choreographed over 10 productions in the DFW area. Onstage, some of his favorite roles have been Mark Cohen in RENT, Davey in NEWSIES, Billy Lawlor in 42ND STREET, Moritz in SPRING AWAKENING, Tony in WEST SIDE STORY, and William Barfée in THE 25TH...SPELLING BEE. "I would like to thank my parents, siblings, and Foir Rose Ivie for being my biggest supporters, and I hope you enjoy the show! Welcome aboard!"
More info

Back and better than ever, Tyler is happy to be returning to the Plaza stage for the 3rd time in 4 months! Last seen here in CINDERELLA and ONE FOR THE POT, as well shows over in Granbury such as GREASE, THE WIZARD OF OZ, FATHER OF THE BRIDE, and BIG RIVER. He's also done many shows at Tarleton State, such as LEADING LADIES, BILOXI BLUES, OLEANNA, SISTER ACT, and MACBETH. Tyler is hopeful you all enjoy a roaring good time!
More info

Emmie is so glad to be back at Plaza for this outstanding production! Em’s career started down the street at Plaza’s Main Street theater back in 2015 doing the production POLLYANNA, where she played Pollyanna! Since then she has been in many productions around DFW and has had many hours of training around the country. Emmie has trained with Shannah Rae, Chryssie Whitehead, Alexis Carra, Justin Boccito, DJ Salsberry, Ricky Pope, Kurt Domoney, Kimberly Vaughn and more. She is a Junior at Granbury High School, a freelance photographer, and a dance teacher at Stars Align dance and Plaza dance Academy. Emmie would like to thank her family for keeping dinner warm after late night rehearsals and Parker for helping her learn lines.
More info

Sofi is a former professional ballet dancer and current actress/choreographer/teacher. Recent theatre credits include Brooke Wyndham in LEGALLY BLONDE (Granbury Theatre Co), Deb in ELF THE MUSICAL (Granbury Theatre Co) and Yolanda in IN THE HEIGHTS (North Texas Performing Arts). Recent Choreography credits include CINDERELLA (PlazaCo), THE GALA THATS GOES WRONG (Love Your City Theatre) and THE MOST MAGICAL SHOW ON EARTH (The Hopeful Theatre Project). She would like you all to know that this role does not accurately reflect her baking abilities and she is in fact a fabulous baker. To God be the Glory!
More info

16 years ago JaceSon appeared as Ham in a local production of THE ARK and just fell in love with the show. Now all these years later he's thrilled to be able to direct a production of THE ARK for the Plaza stage. Some other favorites that he's directed include THE BUDDY HOLLY STORY, AIDA, TUCK EVERLASTING and WHITE CHRISTMAS. When not on stage or behind-the-scenes here at PlazaCo, JaceSon likes to spend his spare time watching classic movies, studying American history and spending time with his family who make everything worthwhile. JaceSon would also like to send his love and gratitude to his wife Tina, his children Tabitha, Parker, Cameron, Eden, Mimi, JJ and Charlie, his son-in-law Saul, granddaughters Gemma and Nova and his wonderful Mom and Dad. "Good will ever come".
More info

Alina is so excited to be at Plaza with such an amazing cast. She is a graduated of Fort Worth Academy of Fine Arts where she studied musical theater for 10 years. Previous shows: Consuela WEST SIDE STORY, Sylvia ALL SHOOK UP, Dynamite HAIRSPRAY, Buffy STARLIGHT EXPRESS, Hannigan ANNIE, Jetsome LITTLE MERMAID, Cowardly Lion WIZARD OF OZ and many more. She has been New York to be in ITheatrics Choreography DVDs where she was a dancer for Nice Work..... and played the role of Roxie in Chicago! Alina would also like to thank her fabulous sisters and personal stylists Keshia and Saskia her wonderful mother for always supporting her.
More info

Brandon is honored to serve as the music director for this wonderful production. As a former Marine Percussionist, his passion for musical performance has afforded him to share the stage with many professional artists and musicians! It feels right at home to be surrounded by so many talented individuals at Plaza Theatre Company! Brandon has also been in 5 shows at Plaza Dudley Hall. You may have seen him in THE BUDDY HOLLY STORY playing percussion instruments and singing, "Shout," during the, "Apollo Scene." When he isn’t acting, Brandon is teaching drum lessons at Flam Tap Studio or making a lifetime of memories with his beautiful wife, Amanda and his four children, Braedon, Ramsey, Kaemon and Mariah.
More info

Ruth Ann is thrilled for the chance to work on another show here at Plaza Theatre Co. You may have seen her on stage in FIDDLER ON THE ROOF, RAGTIME, A CHRISTMAS CAROL 2012, THE SOUND OF MUSIC, DEAR RUTH, FATHER OF THE BRIDE, POLLYANNA, HEAVEN CAN WAIT, MARY POPPINS, LITTLE HOUSE ON THE PRAIRIE or OLIVER! This is the 17th production Ruth Ann has been privileged to stage manage. She will be forever grateful for the experiences and friendships gained with this amazing theatre and thanks the entire team for their confidence in her and for giving her a home where passion and purpose collide to become destiny. "All my love and thanks to Jim, Jace and Emily who bring light and joy to each and every day." Gen. 7:1 "Come into the Ark..."
More info