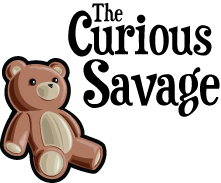 Mrs. Savage has been left ten million dollars by her husband, and wants to make the best use of it. Her stepchildren want the money to themselves and place her in a sanitorium so they can get it. In the end the selfish children are driven to distraction by Mrs. Savage as she leads them on a merry chase! A gentle comedy with humor and heart.

is honored to return to Plaza after recently appearing as Mrs. Potts in BEAUTY AND THE BEAST, and Mrs. Medlock in SECRET GARDEN and the charwoman, and Mrs Fezziwig in CHRISTMAS CAROL. She is delighted to be sharing the stage with two of her daughters, Jessica and Julianna. Previous experience includes FOOTLOOSE (C.A.T.S.), THE IMORTANCE OF BEING EARNEST (Denver, CO.), FIDDLER ON THE ROOF (C.A.T.S.), CHRISTMAS CAROL MIRACLE (Artisan), SOUTH PACIFIC (Denver, CO.), and many others. She toured with the International Singers and was a worship leader at church for several years. “Thanks to Aaron and Milette for including her in this production and to her husband, Bob, for his encouragement and support.”
More info

is very excited to return to Plaza Theatre Company and play another character named Florence. She was last seen as Babette the feather duster in DISNEY'S BEAUTY AND THE BEAST, and has also played Florence and Pam in THE MAN WITH THE POINTED TOES, Ado Annie in OKLAHOMA!, and in several different roles at the Plaza Lolly-Pup roundup children's theatre shows. Some of Camille's favorite roles are Sylvia in SYLVIA, Sabrina in SABRINA FAIR, Haversham in THE BUTLER DID IT, Annelle in STEEL MAGNOLIAS , and Maggie in LEND ME A TENOR.
More info

This is Michael’s third performance with the Plaza. He was first cast as Cord Elam, Federal Marshall in OKLAHOMA! and then played the part of Charles Dickens/Fred in A CHRISTMAS CAROL. Michael is married to his wonderful wife of nine years, Aimee, with whom he hopes to one day share the stage. He also has three great kids, Rylee, Jake, and Aubrie. Michael is a middle school English teacher in Fort Worth ISD where he teaches 7th and 8th grade. His interests include the works of Shakespeare and War Between the States history. “Being a good actor isn't easy. Being a man is even harder. I want to be both before I'm done." –James Dean
More info

is enthused to perform for his first time at PlazaCo. Having only performed in one other play since grade school, Chris is excited for the experience to gain here at PlazaCo the knowledge to learn from the splendid casts he is in and will be working with. Having formerly been a zealot of the sciences, he has recently left the field to pursue various aspects of the arts. This includes music, painting, drawing, graphic arts, theatre, and writing amongst various other hobbies. He says that performing at the Plaza will be a memory he will never forget.
More info

is thrilled to have this opportunity to get back on stage after a hiatus of (mumble-mumble) years. She thanks God and the Plaza Theatre Company for the chance to be a part of this wonderful production. She also thanks her family for their unflagging support and encouragement of this particular flavor of insanity. When she's not on stage, she enjoys cooking and watching movies, and loves to read (mostly science fiction) and write (mostly science fiction), and hopes to someday find an ending for the multi-volume space opera she's been incubating for (mumble-mumble) years. She also spins almost any kind of fiber into yarn, which she enjoys patting and petting and calling Fred, and dreams of someday being accomplished enough as a knitter to make a scarf. She remembers enjoying rhubarb, though she doesn't remember the last time she actually had any. The oldest of four children and an Army brat, she has lived in ten states and two European countries and has moved at lea
More info

is so thankful to Aaron and Milette for giving her this opportunity. She has always loved being on stage and is so excited to make her Texas debut here at Plaza Theatre Company. When Brooke is not on stage she is a fulltime student, employee, and wife. She loves spending time with her wonderful husband, Jeff, and her three crazy dogs. She would like to thank her family and friends for all their never ending support.
More info

is thrilled to return to the Plaza Theater Co. stage. She is pleased to be in this production with her mom (break a leg!). Having taken acting classes both locally and in Los Angeles, she is passionate about theater and is always eager to learn more about the performance field. Audiences may remember her as a Silly Girl in BEAUTY & THE BEAST, Princess Sophie in Lolly Pup Roundup’s WEEPING BEAUTY, and Elizabeth Fezziwig in A CHRISTMAS CAROL here at PlazaCo. Theatrical credits include THE BUTLER DID IT, THE IMPORTANCE OF BEING EARNEST, and OKLAHOMA! at Southwest Christian School, OKLAHOMA! at Bass Hall, FUNNY GIRL, 2 productions of FOOTLOOSE, and 42nd STREET at Creative Arts Theater School among many others. Jessica was a member/soloist of Cattitudes, a triple threat touring ensemble for 2 years. Jessica will be studying at The Savannah College of Art and Design in September. “Thanks to the Silers for casting me and the cast members of this show for all of your hard
More info

returns for his fourth show here at PlazaCo. He was previously in SEE HOW THEY RUN as the Bishop of Lax, ARSENIC & OLD LACE portraying dual roles as Mr. Gibbs and Lt. Rooney, and in OKLAHOMA as Mr. Carnes. He has appeared in seven plays at the Artisan Theater in Hurst, most recently as Grandpa in MEET ME IN ST. LOUIS and as the harried Physiatrist in NO TIME FOR SERGEANTS. At The OnStage Theater in Bedford, he has appeared as Erronious in A FUNNY THING HAPPENED ON THE WAY TO THE FORUM and as Dr. Bradford in THE MAN WHO CAME TO DINNER. Thanks to Aaron and Milette for letting him do this play and special thanks to Alieze, his wife of 42 years and also his golfing partner. If he’s not on the stage, you’ll find them out on the golf course somewhere.
More info

This is Tonya’s second appearance at Plaza. You may have seen her in Plaza’s Lolly-Pup Roundup production of LITTLE RED RIDING BOOTS where she had a blast playing Mama/Grandma. Tonya helped to produce a local Indi film called PROJECT CLEAR VISION and also played the part of Reporter Karen Kennedy for the film. She also wrote her own short Indi film called THE DEATH OF JACKSON BOOKER in which she played the leading role of Cosmetic Surgeon Sarah Chandler. Tonya has also been an extra on such TV shows as WALKER TEXAS RANGER; The Reunion Show, PRISON BREAK, and both Lifetime Movie Networks Movie of the week INSPECTOR MOM, starring Danaca McKeller, as well as several of the podcasts for INSPECTOR MOM. Tonya would like to Thank PlazaCo for believing in her and allowing her to be a part of their Plaza family. She would also like to Thank her family and friends, especially her long time boyfriend, Kenny, for their love and support.
More info

would like to dedicate this production to the memory of a dear friend/actor (Ruby Juna Miller 1967 - 2002), with whom he discovered THE CURIOUS SAVAGE on rainy afternoon in a used bookstore. Mr. Walker was recently seen in Plaza's production of DISNEY'S, BEAUTY AND THE BEAST as Bookseller and others, SEE HOW THEY RUN as Arthur Humphrey, and A CHRISTMAS CAROL as Solicitor & Mr.Topper. He is delighted to once again work with such a talented director and creative cast. He currently resides with his beautiful wife of 17 years, their 5 children, and one member of the rare North American Basselope species in Southwest Fort Worth. (Alpha Psi Omega)
More info

is in yet another show at Plaza Co (hard to believe, I know). Most recently seen here at PlazaCo as Cogsworth in DISNEY'S BEAUTY AND THE BEAST. Aaron is happy to not carry his "mini cooper" around stage for this show. Favorite roles include Pap in BIG RIVER, Lazar Wolf in FIDDLER ON THE ROOF, Dr. Neville Crane in THE SECRET GARDEN, Burl Sanders in SMOKE ON THE MOUNTAIN, and Sparky in FOREVER PLAID. He has a wonderful wife, Milette, and three wonderful kids. In fact Aaron believes himself to be one of the luckiest persons in the world by living the dream and still having a wonderful family at the same time!
More info

is making his debut on the Plaza stage, or any stage for that matter. Mitch is having fun with his "pretend Mom" and enjoys PB&J and the color red. Mitch is also looking forward to entering Kindergarden at Gerard Elementary in the fall.
More info

Was last seen on the PlazaCo stage in DISNEY'S BEAUTY AND THE BEAST as the Sheep/Salt Shaker. She has also performed as Woodstock in Plaza Theatre’s first show YOU’RE A GOOD MAN CHARLIE BROWN and OKLAHOMA! Eden loves to play dress-up, her favorite color is pink.
More info