The popular board game is now a fun filled musical which brings the world's best know suspects to life and invites the audience to help solve the mystery. They chooses from cards representing the murderers, weapons and rooms - there are 216 possible solutions! Comic antics, witty lyrics and a seductive score carry the investigation from room to room. 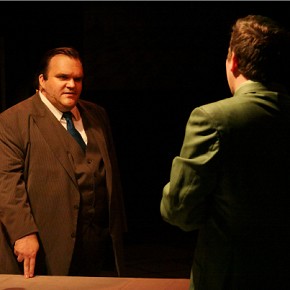 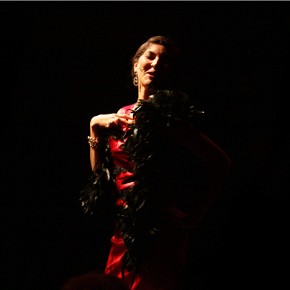 Aaron is one of the four founding producers of Plaza Theatre Company and has performed in many different shows here such as Tevye in FIDDLER ON THE ROOF, Nicely Nicely Johnson in GUYS AND DOLLS, Horton in SEUSSICAL, Charlie Brown in GOOD MAN...CHARLIE BROWN, Bufflo Bill in ANNIE GET YOUR GUN, and many more. Aaron has also won multiple Column Awards for Best Actor in a Musical, Best Director, Best Scenic Design, and Best Sound Design, and the Rudy Seppy Volunteer Award. Aaron is a proud father of three wonderful kids and husband to Milette Siler.
More info

Kathy is excited to return to PlazaCo. Her first venture with this great theater family was as Mother Abbess in SOUND OF MUSIC. Over the years she has performed in a number of productions which include THE UNSINKABLE MOLLY BROWN, MUSIC MAN, I NEVER SAW ANOTHER BUTTERFLY, THE LOTTERY, and TOM JONES. While in college, her favorite leading role was Magnolia in SHOW BOAT. Most recently, she played the role of Vi Moore in FOOTLOOSE with Grand Prairie Arts Council. She has also worked with GPAC as Mistress Mary in BABES IN TOYLAND and Lena Astor in WEDDING BELLS BLUES, a dinner theater production. Kathy was a vocal performance major at Howard Payne University, is a concert vocalist, has recorded one album of sacred music, and has sung with the Dallas Symphony Chorus. She thanks her fellow “suspects” for helping fuel her love of murder mysteries and Dennis Yslas for the chance to be in this game. As always, “My love to Jim for keeping a song in my heart.”
More info

Joshua is pleased to be finding his way back to play on Plaza's stage once more! You may have seen him before in the 'Ensemble' in Plaza's HELLO, DOLLY or in JOSEPH... DREAMCOAT as 'Judah'! Joshua holds a B.A. in Performance Arts from Texas Wesleyan University and is currently an actor/performer in the Dallas/Fort Worth area. His favourite roles include 'Benny' in Artes de la Rosa's production of IN THE HEIGHTS, 'William Morris Barfée' in 25th ANNUAL... SPELLING BEE, and 'Jesus' in JESUS CHRIST SUPERSTAR. Other roles include 'Judas' in GODSPELL, 'Captain Von Trapp' in SOUND OF MUSIC, 'Minstrel' in ONCE UPON A MATTRESS, and various roles in THE LARAMIE PROJECT. Joshua would like to take the time to thank Dennis Yslas for the opportunity, as well as, the rides to and from rehearsal! "And, of course, I would like to thank my best friend for supporting and encouraging my passion. Through the many hours of work and stress, you kept me sane and happier than ever before. I love you!
More info

You may remember Jonathan from playing in previous PlazaCo shows such as Albert Klummer in DEAR RUTH, Rev. Oglethorpe in SMOKE ON THE MOUNTAIN, Hunter in [title of show], and many others. Past favorite roles include: Huck in BIG RIVER, Freddy in MY FAIR LADY, Charlie in GOOD MAN...CHARLIE BROWN, Dickon in SECRET GARDEN, Barnaby in HELLO DOLLY, Barrett in TITANIC, Man 1 in SONGS FOR A NEW WORLD, Younger Brother in RAGTIME, Gary/Roger in NOISES OFF, Happy in DEATH OF A SALESMAN, Laurie in LITTLE WOMEN, John the Baptist/Judas in GODSPELL, Armand in THE SCARLET PIMPERNEL, and Bob Cratchit in A CHRISTMAS CAROL. "Special thanks to Mom, Dad, and little P for putting up with my crazy schedule."
More info

Gemma is a 2013 graduate of the University of North Texas with a BA in Theatre Performance, where she enjoyed hanging out with friends, and feeding the resident squirrels. She was last seen as Bellatrix Lestrange in A VERY POTTER MUSICAL, Sally in REEFER MADNESS on the UNT stage, Gypsy in ROMANCERO GITANO at Teatro Dallas, and Angela in THE KING'S STAG at Pantagleize Theatre of Ft. Worth. Gemma has studied improv at Four Day Weekend, and Dallas Comedy House. She has been a part of workshops with The Groundlings, The Second City, and The NY Goofs. Gemma enjoys karaoke Wednesdays and bubble wrap, and is an avid fan of physical comedy. In the near future, she hopes to move to the Windy City to study improv and sketch comedy at The Second City Conservatory, to one day become a part of the Saturday Night Live cast. Gemma would like to thank her family for always being so supportive of her dreams, and Dennis Yslas for being so patient with her daily 1.5 hr drive to rehearsal. " /._. / "
More info

most recent endeavors with Plaza have included playing a prisoner in MAN OF LA MANCHA, Max in SOUND OF MUSIC, Rev. Moore in FOOTLOOSE and directing GUYS AND DOLLS and CRAZY FOR YOU. Jay is also involved with Cleburne's Carnegie Players having portrayed Tevye in FIDDLER ON THE ROOF this past summer and will direct TITANIC, the Musical in the summer of 2014. Favorite roles include Tevye, FOTR; Arthur, CAMELOT; Horace VanderGelder, HELLO DOLLY; Daddy Warbucks, ANNIE; and Ben Franklin, 1776. Kisses, a dozen roses and a standing ovation for his supporting wife, Shauna.
More info

David is glad to be back on the Plaza stage for his fifth show! His favorite past roles are anything he has had the privilege to work with fellow Slytherin house comrade and stage manager extraordinaire, Cessany Ford. David truly believes he was Anne Boleyn in a past life, and knows that Elvis is still alive and well. His future aspirations are to be the next member of the Backstreet Boys and the 13th Doctor. Allonsy! David cherishes the title "up and coming Plaza favorite" and hopes Plaza will continue to let him on their stage. He would like to thank Cessany, for being so great at writing witty bios, and Benedict Cumberbatch for, well, being Benedict Cumberbatch.
More info

This is Nate's PlazaCo debut. Nate has performed in a few shows at Granbury Theatre Company and is from Granbury, Texas.
More info

Stacey has been dreaming of being a part of CLUE since it was announced more than a year ago! She was recently seen on the Plaza stage as Jolene Oakes in PTC's DIRTY ROTTEN SCOUNDRELS. Other favorite roles include Ethel McCormack in FOOTLOOSE (PTC), Clairee Belcher in STEEL MAGNOLIAS, and Fruma Sarah in FIDDLER ON THE ROOF (both at Granbury Theatre Company). She is a theatre and choral nerd who has been singing and performing for thirty years on various stages--cedar chests, school cafeterias, backyard monkey bars, gymnasiums, football fields, churches, auditoriums, showers, and... well, theatres. When she's not rehearsing or performing, Stacey has a really wonderful full-time side job as a busy Supported Employment Specialist with Goodwill (her office is inside the Granbury Goodwill store). She's also an accomplished artist, professional photographer, published author, mom to two truly fabulous teens (love you guys!), and shower show-tune diva extraordinaire.
More info

Cheri Dee Mega is back at Plaza Theatre Company after feeling blessed to play in our recent production of SMOKE ON THE MOUNTAIN. Cheri has been seen previously on the Plaza stage in all of the SMOKE productions and as the musical director for numerous other productions here at PlazaCo and also at Artisan Center Theater in Hurst. Cheri is the music teacher and choral director at Stone Gate Christian Academy in Irving, TX and also instructs private piano, voice, and guitar. Plaza provides an amazing place for families to be entertained and Cheri is so grateful for JaceSon, Tina, Aaron, and Milette for creating an environment where young artists can be mentored in every facet of theater. "Thank you for pouring into my son's life." Cheri and her husband, Brian have reared one son, Curt, who grew up under JTAM's tutelage. "Thank you to Jesus for His grace to live this blessed life."
More info

Cessany is thrilled to be here for her 12th show at Plaza! She recently returned from a summer at The Glimmerglass Festival as a young artist intern and served as the Production Assistant for the Fort Worth Opera. Cessany's next project will be taking on the position of Production Intern for the San Diego Opera's 2014 season. She received her degree in Theatre and Music from Ouachita Baptist University and was a member of the school's chapter of Theta Alpha Phi national honors theatre fraternity. Her previous shows to manage/assistant manage include PILLOW TALK,SEE HOW THEY RUN, A CHRISTMAS CAROL,FOOTLOOSE,GUYS AND DOLLS, THE DRWOSY CHAPERONE, FIDDLER ON THE ROOF,JOSEPH...DREAMCOAT, DON GIOVANNI, YOU HAVE TO SERVE SOMEBODY, ALL SHOOK UP, SEUSSICAL, and SIX CHARACTERS IN SEARCH OF AN AUTHOR. She has been seen on the Plaza Stage in RAGTIME and CRAZY FOR YOU. Cessany would like to thank her best friend for his constant love and support, even when it requires some tough love.
More info

Tammie Phillips is blessed to serve as Plaza's Properties Manager and is known around the community theater world as "Prop Momma". She finds great joy in using the gifts God has given her to create props and dress the sets. Her favorite music styles are Christian contemporary, Classical and Broadway show tunes! She has been happily married to the love of her life, Ron, for the past 27 years. During this time God has graciously blessed them with four amazing sons,1 daughter, 2 daughter-in-loves and one precious little granddaughter. She wants all to remember to sing "Because He lives!" and "When given the choice to sit it out or dance, I pray you dance!"
More info

Bree Cockerell is happy to be returning to Plaza Theatre Company as music director for CLUE THE MUSICAL! Previously she has music directed, RAGTIME (Column Award Winner-tie for Best Musical Equity), DISNEY'S HIGH SCHOOL MUSICALl, THE SOUND OF MUSIC, JOSEPH AND THE AMAZING TECHNICOLOR DREAM COAT and A CHRISTMAS CAROL. Outside of Plaza Theatre, Bree sings in Schola Cantorum of Fort Worth, Voices of Fort Worth and this season is singing with The Turtle Creek Chorale's Partner's In Harmony Concert featuring Seth Rudetsky. She gives private voice lessons at both Nolan Catholic High School and Lake Country Christian High School. She holds a MM and a GPD in vocal performance from The Longy School of Music in Boston. She studies with Julie McCoy. Thanks to the cast, Dennis and the Plaza producers. If you don't know who I am, most audiences will recognize my sister who will be seen in the upcoming musical on Plaza's stage, A White Christmas! :)
More info

Dennis is excited to return to PTC for CLUE: THE MUSICAL after being seen last year onstage as Tateh in RAGTIME! Other theatres include Casa Manana, Lyric Stage, Theatre Arlington, Stage West, Dallas Children's Theater, Dallas Summer Musicals, Uptown Players & Kansas City Starlight to name a few. Proud member of Actors' Equity Association - the union of professional actors and stage managers - where he is the Chairperson of the DFW Liaision Committee. Also a member of American Association of Community Theatre and Texas Non Profit Theatres where he serves as a national adjudicator. He is also the Executive Vice President of The Column Awards. Thank you to a fantastic cast, crew and production team - you all are amazing! BATTYFYL
More info