This retrospective musical is based on the true story of Patsy Cline's friendship with Houston housewife Louise Seger and focuses on the fateful evening when Seger hears of Cline's death in a plane crash. Seger supplies a narrative while Patsy floats in and out of the set singing tunes that made her famous - classics like "Anytime", Walkin' After Midnight" and of course "Crazy" make this evening with Patsy Cline one not to be forgotten. 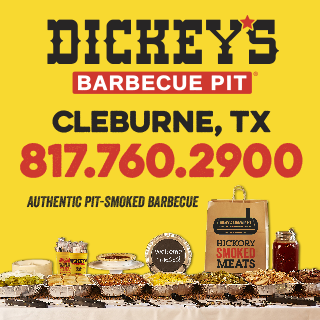 Susan Metzger has appeared all over the metroplex in many theatre roles, but Always, Patsy Cline remains one of her all time favorites! Susan’s country roots go deep. She was once a regular on the Grapevine Opry (performed with Box Car Willie and Shoji Tabuchi), she appeared on The Jonnie High Country Music Review and her first job out of Baylor was as a disc jockey for KCLE right here in Cleburne! Add to that, she is married to Rob, the very best two steppin’ partner you’ve ever seen! Much love to my beautful daughters who bless my heart with their strong faith and their sweet encouragement! Thanks also to the wonderful Plaza producers, JTAM, to the band for their talent, to Soni for her seamstress skills, and to Shauna & Jay Lewis for their hard work on this show. I dedicate my performance to my beautful Mother, Linda Stovall who will turn 80 years young this July 13th. Happy Birthday Mother, your life is a beautiful inspiration to many, I love you! Psalm 104:33
More info

Shauna is happy to be back on the Plaza stage, most recently being seen as Mrs. Medlock in THE SECRET GARDEN. Favorite past roles include Ouiser in STEEL MAGNOLIAS and the Wicked Witch in WIZARD OF OZ. During the day, Shauna spends her time in the halls of Smith Middle School here in Cleburne. TCU alum with a MS in Speech. Baylor alum by marriage.
More info

Parker is excited and grateful for the opportunity to do what he loves and work with exceptional music and cast mates. Previously Parker has played in bands for SMOKEY JOE'S CAFE, BIG RIVER, JOSEPH... DREAMCOAT, and SMOKE ON THE MOUNTAIN.
More info

Mel is donning a cowboy hat and pearlsnap for PTCs newest production. Having roots tied to this theatre Mel will always return to enjoy and occasionally be a part of fun, wacky, and touching shows. Most recently Mel has worked backstage on multiple productions with PTC, served as tech director of Granbury Theatre Co, and run a few shows with Casa Mañana. While Mel is still trying to find a part in this world's stage, "it's just fun to know who I am supposed to be playing from time to time."
More info

Freddy is exceedingly, exceptionally, extraordinarily excited to be returning to his roots and playing the upright bass in this show. Recently he played Grrrremio in Plaza Theatre's TAMING OF THE SHREW and was the Assistant Stage Manager at the Artes de la Rosa Rose Marine Theatre in 2016. His next project is a musical rendition of THUNDERCATS. He'd like to thank his mother, father, and Meryl Streep.
More info

Stormy is glad to stage manage ALWAYS...PATSY CLINE but you will have recently seen Stormy at other Plaza Co shows including ANNE OF GREENE GABLES, SINGIN' IN THE RAIN, MAN WITH THE POINTED TOES, CHRISTMAS CAROL, MARY POPPINS, THE SECRET GARDEN, SEVEN BRIDES FOR SEVEN BROTHERS, BEAUTY AND THE BEAST, SANDER'S FAMILY CHRISTMAS, SHE LOVES ME, and 42ND ST.! She has also costumed designed YOU"RE A GOOD MAN CHARLIE BROWN and the last three Shakespeare in the Park productions that are co-produced by Cleburne Chamber of Commerce and Plaza Theatre Co. (THE TAMING OF THE SHREW, MUCH ADO ABOUT NOTHING and HAMLET, PRINCE OF DENMARK). Stormy also enjoys working with Cleburne Carnegie Players in AND THEN THERE WERE NONE, LES MISERABLES and 'TWAS THE NIGHT BEFORE CHRISTMAS. Stormy would like to thank her parents and kids for always cheering her on!
More info

JAY is delighted to be in the director's chair once again. He just finished directing SOUTH PACIFIC for Granbury Theatre Co. He has directed 42nd STREET, GUYS & DOLLS, and CRAZY FOR YOU for Plaza and BEAUTY & THE BEAST, CINDERELLA and TITANIC for Carnegie Players. His recent acting endeavors have included Mr. Smith MEET ME IN ST. LOUIS, King BIG RIVER, Maurice DISNEY'S BEAUTY AND THE BEAST, Mal Beineke THE ADDAMS FAMILY, Prof. Callahan LEGALLY BLONDE, Mr. Archer in KISS & TELL(Column Award Nomination), and Thenardier in LES MISERABLES. Favorite roles include Tevye, FIDDLER ON THE ROOF; Rev. Moore, FOOTLOOSE; Arthur, CAMELOT; Horace VanderGelder, HELLO DOLLY; Daddy Warbucks, ANNIE; and Ben Franklin, 1776. Jay is a theatre arts educator in the Cleburne school district. Kisses, a dozen roses and a standing ovation for his supporting wife, both onstage and off.
More info