It is 1958 and the Springfield High School senior dance needs a fill in for their entertainment. Enter the Wonderettes, a group of four girls competing to see who will be chosen as prom queen. This light-hearted comedy will thrill you with renditions of classic favorites such as “Sugartime”, “Mr. Sandman”, and “Dream Lover”. 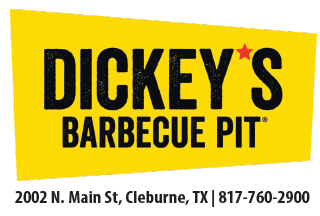 Caitlan is grateful for the opportunity to be back on the Plaza Theatre Co. stage at the marvelous Dudley Hall! Favorite shows at PTC include SMOKEY JOE'S CAFE, ADDAMS FAMILY, LITTLE SHOP, BREAKING UP...DO, [TITLE OF SHOW], THE DROWSY CHAPERONE, BYE BYE BIRDIE, CRAZY FOR YOU, JOSEPH...DREAMCOAT and BEAUTY...BEAST. Other favorites include WONDERETTES: DREAM ON, SHREK, JOSEPH...DREAMCOAT, HELLO DOLLY, THE MARVELOUS WONDERETTES, GODSPELL and LITTLE WOMEN with Granbury Theatre Co. Caitlan graduated from TCU and teaches theatre at Granbury Middle School. She is thankful for her marvelous husband and baby girl for supporting her love of the stage! “Vote Cindy Lou for prom queen!”
More info

Emily is ready to be back performing on the Plaza stage! You may have previously seen her in THE HUNCHBACK OF NOTRE DAME, as Tracy Turnblad in HAIRSPRAY, Lucy in YOU'RE A GOOD MAN CHARLIE BROWN or as Martha in THE SECRET GARDEN. She has also played with Granbury Theatre Company in HANDS ON A HARDBODY as Norma, JOSEPH AND THE AMAZING TECHNICOLOR DREAMCOAT as A Narrator, OLIVER! as Nancy, 9 TO 5 as Judy and Shrek as the Dragon. A big huge amazing very special thank you to Jay and the rest of the team for the opportunity to work on one of my favorite shows!
More info

Devan is so excited to be in her second show at Plaza! Devan has been seen as Fiona in SHREK THE MUSICAL, Dancer in CHITTY CHITTY BANG BANG, Dulcie in THE BOYFRIEND, and Gywene in BELLS ARE RINGING. Devan wants to thank her friends and family for supporting her and hopes you enjoy the show!
More info

Kelly is delighted to be back st Plaza for her 16th show! She’s incredibly excited to bring one of her favorite roles to Dudley Hall, having played Betty Jean in WONDERETTES and WONDERETTES: DREAM ON with the Granbury Theatre Company. Recent Plaza roles include Lily St. Regis in ANNIE, Bianca in THE TAMING OF THE SHREW, and Anne in ANNE OF GREEN GABLES. Kelly is a proud Baylor Theatre grad and middle school theatre teacher. A huge thank you to Jay, Casey, Eden, David, and JTAM for this opportunity, and much love to my incredibly supportive family and friends! (Especially Stephen!) “Betty Jean for Prom Queen!”
More info

Having completed fantastic runs of HUNCHBACK OF NOTRE DAME and MUSIC MAN in the exquisite venue of Plaza’s Dudley Hall, Jay is thrilled to present MARVELOUS WONDERETTES as his Dudley Hall directorial debut. Jay just completed a run of HANDS ON A HARDBODY as contestant J.D. Drew and directed SOUTH PACIFIC and BEAUTY & THE BEAST for Granbury Theatre Co. He has directed ALWAYS, PATSY CLINE, 42nd STREET, GUYS & DOLLS, and CRAZY FOR YOU for Plaza and BEAUTY & THE BEAST, CINDERELLA and TITANIC for Carnegie Players. Favorite roles include Thenardier, LES MISERABLES; Tevye, FIDDLER ON THE ROOF; Rev. Moore, FOOTLOOSE; Arthur, CAMELOT; Prof. Callahan, LEGALLY BLONDE; Horace VanderGelder, HELLO DOLLY; Daddy Warbucks, ANNIE; and Ben Franklin, 1776. Jay is a theatre arts educator in the Cleburne school district and granddad to Lor, Lou and Liv. Kisses, a dozen roses, and a standing ovation for his supporting wife, both onstage and off.
More info

Melissa graduated from Burleson High School in 2005. While there, she was extremely involved in the choral program, including playing the role of “pick-a-little lady” in THE MUSIC MAN, and “Lowbutt” in HONK! After high school, Melissa went to Tarleton State University where she received her Bachelors in Music Education in 2010. She has been teaching the past 6 years at Smith Middle School in Cleburne ISD as the choir director. This coming fall, she will begin teaching at Haltom Middle School in Birdville ISD. This is Melissa’s first show to to be the music director of. She is so excited to be here and is loving every minute of it! “Thank you to all of my friends and family who have always supported me in my career!”
More info

Casey is absolutely thrilled to be working on this show with the few, but marvelous, people in this cast and crew. She has previously stage managed shows at Plaza such as SINGIN’ IN THE RAIN and ZORRO: THE MUSICAL. You might have recently seen her on the Plaza stage as Ethel Toffelmier in THE MUSIC MAN. Casey is currently a student at UTA working on a BA in theatre arts. She loves working at Plaza and wants to thank the producers for giving her so many wonderful opportunities at Plaza Theatre Company.
More info

David is ecstatic to make his choreography debut at Plaza. A homeschooled junior, David takes dance and voice with Phoenix Conservatory, Plaza Academy and Granbury Theatre Academy. Previous credits include Benjamin in JOSEPH...DREAMCOAT at Casa Mañana, Riff and Dance Captain in WEST SIDE STORY, Tommy Djilas and Assistant Choreographer in THE MUSIC MAN, Huckleberry Finn in BIG RIVER, and Gideon in SEVEN...BROTHERS with Plaza Theatre Company, and Dance Corps in 9 TO 5, MEET ME IN ST. LOUIS, and THE BEAUTY AND THE BEAST. with Granbury Theatre Company. David also co-choreographed WINNIE THE POOH, KIDS for Plaza Junior with Eden. He has also been a featured dancer in iTheatrics Choreography DVD's: Chicago High School Edition (Billy Flynn), Getting To Know...Footloose! (Ren McCormack), Sister Act, Jr., 42nd Street, Jr. (Tap Demo) and Children of Eden, Jr. “Live your dreams! Be Broadway!”
More info