This retrospective musical is based on the true story of Patsy Cline's friendship with Houston housewife Louise Seger. Seger supplies a narrative while Patsy floats in and out of the set singing tunes that made her famous - classics like "Anytime", Walkin' After Midnight" and of course "Crazy" make this evening with Patsy Cline one not to be forgotten.

Created and Originally Directed by Ted Swindley - based on a true story. 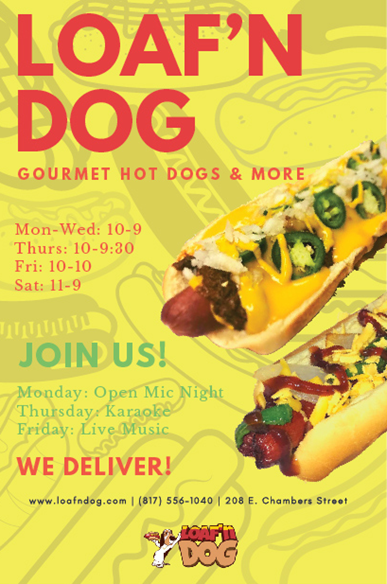 Caitlan is humbled and honored by the opportunity to bring to life such an iconic, country music legend! Favorite shows at PTC include The MARVELOUS WONDERETTES, SMOKEY JOE'S CAFE, THE ADDAMS FAMILY, LITTLE SHOP, BREAKING UP...DO, [TITLE OF SHOW], THE DROWSY CHAPERONE, BYE BYE BIRDIE, CRAZY FOR YOU, JOSEPH...DREAMCOAT and BEAUTY...BEAST. Other favorites include WONDERETTES: DREAM ON, SHREK, JOSEPH...DREAMCOAT, HELLO DOLLY, THE MARVELOUS WONDERETTES, GODSPELL and LITTLE WOMEN with Granbury Theatre Co. Recently she also added music director to her resume, music directing Plaza’s IN THE HEIGHTS and NEWSIES. Caitlan graduated from TCU. She teaches theatre at Granbury Middle School and sings on the praise team at Granbury FUMC. She is beyond blessed by the love and support of her family, especially her wonderful husband and vivacious baby girl!
More info

Shauna is absolutely thrilled to reprise her role of Louise in this fantastic show. Shauna is a Column Award winner for stage managing, who occasionally gets into costume. You may have recently seen her in THE MUSICAL COMEDY MURDERS OF 1940 here at Plaza. Her favorite past roles include Wicked Witch in THE WIZARD OF OZ, Mrs. Medlock in THE SECRET GARDEN, Ouiser in STEEL MAGNOLIAS and Eulalie Mackecknie Shinn in THE MUSIC MAN. Shauna is a Baylor Bear by marriage (love you Jaybird!) and a TCU Horned Frog - TCU MA ‘92 Speech Rhetoric, BA from SWAU ‘82. During the day you can find her at Smith Middle School where she LOVES her students! Thank you Mom for providing all of Louise’s character traits and for playing Patsy Cline music. “My mom told me once big stars and wealthy people are just like you and me. We all put our pants on one leg at a time.”With this piece of sage advice and many other tidbits of motherly wisdom, Shauna would like to dedicate this performance to her precious mother.
More info

ALWAYS..PATSY CLINE marks Jay’s 6th show to direct for Plaza. Jay was busy this past year directing MAMMA MIA and INTO THE WOODS (recognized by John Garcia’s Column as Best 2018 non-equity musical in DFW) and vying for a new truck as JD Drew in HANDS ON A HARDBODY for Granbury Theatre Co. For Plaza he directed THE MARVELOUS WONDERETTES and appeared as Pharoah in AIDA, Roger Hopewell in THE MUSICAL COMEDY MURDERS OF 1940 and Grigsby in THE LITTLE MERMAID. Favorite performance roles include Thenardier in LES MISERABLES; Prof. Callahan, LEGALLY BLONDE; Tevye, FIDDLER ON THE ROOF; Rev. Moore, FOOTLOOSE; Horace VanderGelder, HELLO DOLLY; Daddy Warbucks, ANNIE; and Ben Franklin, 1776. Jay is an educator with the Cleburne school district and granddad to Lor, Lou and Liv. Kisses, a dozen roses and a standing ovation for his supporting wife, both onstage and off, Shauna.
More info

Stormy is highly honored to be working on this fun and nostalgic show again! The music in this show reminds Stormy of her childhood and her parent's love of music. She is grateful for the opportunity to stage manage and dress for this show and to work with such amazing cast, band, and crew members. For your knowledge, "You Belong to Me" is her favorite song! Thank you for joining us for this incredible story. Stormy would like to thank her children for always singing in the car with her and learning all her favorite songs!
More info

Parker is excited to be a part of this amazing production at Plaza. He's enjoyed playing roles like Davey in NEWSIES, Willard in FOOTLOOSE and Yurlte the Turtle in SEUSSICAL here at PlazaCo. He's also loved playing drums for SMOKEY JOE'S CAFE and JOSEPH both at Plaza. Parker recently played Guitar for the previous production, AIDA. He is thrilled to be back playing again for ALWAYS...PATSY CLINE. In his spare time, he loves learning to play new musical instruments.
More info

Freddy is exceedingly, exceptionally, extraordinarily excited to be returning as the bass player and the Bodacious Bobcats Band. Recently he played Benvolio in Plaza's Shakespeare in the Park production of ROMEO AND JULIET, and won a Column Award for his portrayal of Chef Louis in Plaza's THE LITTLE MERMAID. He is also a member of Plaza's improv troupe, The ImPLAZAbles. Last year he was the Stage Manager for ELEMENTAL: NATURE'S RHAPSODY in Dallas as part of the AT&T Elevator Project. He will next appear in a production of MACGYVER THE MUSICAL where he will play a Paperclip. He'd like to thank God, his mother, father, and as always, Meryl Streep.
More info

Cheri is delighted to be back at Plaza as Music Director/Pianist for ALWAYS...PATSY CLINE again. Cheri is honored to have been a part of Plaza Theatre from its inception and is so excited to see its growth into the flourishing organization it has become. She has been the Music Director for many productions here, including all of the SMOKE ON THE MOUNTAIN productions and its sequels and she even tried her hand at acting as the Mother Abbess in THE SOUND OF MUSIC - 2008. She was also the Music Director for YOU'RE A GOOD MAN CHARLIE BROWN, FOREVER PLAID, SINGIN' IN THE RAIN, THE SCARLET PIMPERNEL, CLUE THE MUSICAL, KISS ME KATE, BIG RIVER, SHE LOVES ME, and SMOKEY JOE'S CAFE. Cheri is an elementary music/choir teacher at StoneGate Christian Academy in Irving, TX and also instructs private piano, voice, and guitar. "Thank you, Curt and Taffy, for sparking a love for theater in me, and thank you, Howard and Nan, for the rides." She hopes to honor Jesus with her endeavors.
More info

Howard is tickled pink to be a part of ALWAYS...PATSY CLINE!! In the past he has fiddled/played violin at Plaza for BIG RIVER, AIDA and the entire SMOKE ON THE MOUNTAIN trilogy. He would like to thank God for his sweet Taffy’s support and a new grandbaby coming in November! 1 Timothy 1:17
More info

Performing first as a series of characters in Plaza's 2018 A CHRISTMAS CAROL, he was asked to return to the stage for the role of "Oscar" in Plaza's 2019 - often sold-out - offering of Disney's NEWSIES. For his third role on the Plaza stage, Tra is pleased to be showcasing his musical talents behind the "trap set" during the current run of ALWAYS...PATSY CLINE. "We all hope you have as great a time watching," says Neuman, "as we did preparing to present it...it's just a re-quest".
More info