The Musical Comedy Murders of 1940

Murder has never been so fun as this comedy unfolds at a mysterious backwoods mansion where Broadway stars are meeting to discuss their next show. There are trap doors, sliding panels and not one, not two, but three murders in this outrageous comedy sure to make you scream...with delight. 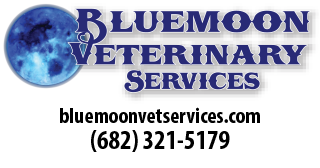 Stephen loves being in shows at Plaza! He was last seen here at Plaza as Riff, the charismatic and athletic leader of the Jets, in WEST SIDE STORY. Some of his favorite roles include: the very energetic Cosmo Brown in SINGIN' IN THE RAIN, and the rich, love-sick Lucentio in TAMING OF THE SHREW, where he got to play opposite his wife. After Graduating from UTA with a Bachelors in Music composition and theory, Stephen now works with boring but essential car loans in Arlington, so he can read, and write music, and have fun doing theatre. Stephen is very grateful to have the time to be apart of the Plaza family. Stephen would also like to thank his real family, Church family, friends, and loving savior Jesus Christ for giving him the strength and encouragement to do this show. Special Thank you to my wife, Kelly, for letting me drag her around on stage.
More info

Katherine has always been a sucker for an intriguing murder mystery with lots of twists and turns and this one is no exception. She is very excited to be able to portray the role of Nikki, yet another to add to Katherine's growing list of favorite roles. Some of her other favorites have been Dorcas in SEVEN BRIDES FOR SEVEN BROTHERS, Susy Hendrix in WAIT UNTIL DARK, and Anne Bonny in TREASURE ISLAND. Katherine would like to thank her parents for their never-ending love and support, but mostly, her daughter, Jaydn Eve, who still comes to see her shows no matter what. "Je t'aime, Petite!" Now, if you wouldn't mind sitting back, relaxing, and enjoying the ping-pong balls that will be passed out by the Comic's Battalion, we can start the show.
More info

Megan is absolutely delighted to be kicking off the new year in this fantastic murder mystery with this all-star cast! Though she usually appears in musicals and operas, her previous non-singing roles include Miss Brill in CHEAPER BY THE DOZEN (here at Plaza), Caroline Bingley in PRIDE AND PREJUDICE, and Helen in Ayn Rand’s THINK TWICE. Some of her favorite past roles are: Anita in WEST SIDE STORY, Florika in THE HUNCHBACK OF NOTRE DAME (both with PlazaCo), The Emcee in CABARET, and Morticia Addams in THE ADDAMS FAMILY (Column Award Best Actress Nominee). Many thanks to JaceSon and Freddy for the opportunity to be a part of this incredible cast. Goodness gads—enjoy the show!!
More info

Kelly is delighted as always to be back on the Plaza stage! She is a proud Baylor Theatre grad and a middle school theatre teacher. Recent favorite roles here include Betty Jean (the green one) in THE MARVELOUS WONDERETTES, Lily St. Regis in ANNIE, Denise in SMOKE: HOMECOMING, Bianca in THE TAMING OF THE SHREW, and Anne in ANNE OF GREEN GABLES. But her absolute favorite recent role is wife to her wonderful husband, Stephen.
More info

Trich is thrilled and chilled to be back in her second Murder Mystery here at Plaza. She could not be more excited to be on stage with such an amazingly talented group of friends. Thank you JaceSon for your gift of vision for this play and for his patience. Also, thank you to Lindsay for taking care of us and Emily for dressing us along with this incredible crew. Trich was last seen as the Narrator in Granbury Theatre Company’s A CHRISTMAS CAROL. She was last seen here at Plaza as Mrs. Dubose in TO KILL A MOCKINGBIRD. Trich is a multi nominated and award winner of The Column Awards. She is represented by Linda McAlister Talent and appears in theatres all over the Metroplex. Trich will tell you that her absolute favorite roll is MiMi to Audrey, Elise and Garrett. "Thank you for your support of live theatre and wishes you a wonderfully safe, healthy and Happy New Year."
More info

This is Luke's 47th production with Plaza Theatre Company. He has appeared as an actor most recently in the roles of Dickens in A CHRISTMAS CAROL and Atticus Finch in TO KILL A MOCKINGBIRD. He played the role of Ken De La Maize as an undergrad student at CSU San Bernardino and is thrilled to play him again. He is the Theatre Arts Director at Alvarado High School and is a co-owner of Dance Across Cleburne with his wife Rachel.
More info

Milette is honored to have the opportunity to perform on the Dudley stage for the first time among such talented company. As the 'M' in the 'JTAM' co-founding producers here at PlazaCo, Milette has appeared in many productions throughout the metroplex and here at PTC, where she was last seen as Miss Hannigan in ANNIE. She has also been Aldonza in THE MAN OF LA MANCHA, the Baker's Wife in INTO THE WOODS, Martha in SECRET GARDEN, and Eliza in MY FAIR LADY, just to name a few. When Milette is not appearing on stage, she moonlights as a registered dietitian for Moncrief Cancer Institute, a career she absolutely loves. Milette also sends big hugs and kisses to her wonderful family!
More info

Musical Comedy Murders of 1940 marks Jay’s 39th show to either direct or perform in at Plaza. Jay was busy this past year directing INTO THE WOODS and vying for a new truck as JD Drew in HANDS ON A HARDBODY for Granbury Theatre Co. For Plaza he directed THE MARVELOUS WONDERETTES and appeared as Charlie Cowell in THE MUSIC MAN and Gimsby in THE LITTLE MERMAID. Favorite performance roles include Thenardier in LES MISERABLES; Prof. Callahan, LEGALLY BLONDE; Tevye, FIDDLER ON THE ROOF; Rev. Moore, FOOTLOOSE; Arthur, CAMELOT; Horace VanderGelder, HELLO DOLLY; Daddy Warbucks, ANNIE; and Ben Franklin, 1776. Jay is an educator with the Cleburne school district. Kisses, a dozen roses and a standing ovation for his supporting wife, both onstage and off, Shauna.
More info

Shauna thinks it is divoon to be back on the Plaza stage in her 27th show!! And particularly happy to be performing onstage with her husband Jay. Favorite past performances include Louise in ALWAYS PATSY CLINE, Wicked Witch in WIZARD OF OZ, Ouiser in STEELE MAGNOLIAS, Eulalia M. Shin in MUSIC MAN and Mrs. Medlock in SECRET GARDEN. Shauna is also a Column Award winning stage manager for Plaza’s production of INTO THE WOODS. She holds an undergraduate degree from SWAU and a graduate degree in Speech Rhetoric from TCU. During the day she can be found at Smith Middle School here in Cleburne where she teaches special education. Much love to the most precious grandchildren in the WORLD! Lorelei, Louie and Livi!
More info

Most recently he has been seen on stage in SANTA VS THE MARTIANS, THE TRAGIC FARCE OF JIMMY PINE, A MIDSUMMER NIGHT’S DREAM, TO KILL A MOCKINGBIRD, and RUMORS. Some of his favorite shows he has appeared in over the years are: JULIUS CAESAR, THE FOREIGNER, MONTY PYTHON MADNESS, TREASURE ISLAND, PLAN 9 FROM OUTER SPACE, RUN FOR YOUR WIFE, SAMURAI NOSFERATU, SHAKESPEAREAN DEATH MATCH, NOISES OFF and THE LAST DAYS OF JUDAS ISCARIOT.
More info

Jeff is thrilled to return to the Dudley Hall stage for the opening show of 2019. He previously performed at Plaza last spring as Egeus in A MIDSUMMER’S NIGHT DREAM for Shakespeare in the Park, Heck Tate in TO KILL A MOCKINGBIRD, and Mayor Shinn in THE MUSIC MAN. Jeff most recently was in Granbury Theatre Company productions as Boris Kolenkhov in YOU CAN’T TAKE IT WITH YOU and Jacob Marley and Old Joe in A CHRISTMAS CAROL. Previous GTC credits include Luther Billis in SOUTH PACIFIC, Dick in 9 TO 5, Motorman and Sidney Purvis in MEET ME IN ST. LOUIS, and R.F. Simpson in SINGIN’ IN THE RAIN. Many thanks to JaceSon, Freddy, Lindsay, and this great cast and crew!
More info

JaceSon's most recent directorial effort was 2018's production of WEST SIDE STORY here at Plaza Theatre Company. As Artistic Director at PlazaCo, JaceSon directs one or two shows a year at PTC and is honored to have the opportunity of helping to bring THE MUSICAL COMEDY MURDERS OF 1940 to the Plaza stage. Past favorite directorships include WHITE CHRISTMAS, AIDA, PILLOW TALK and BIG RIVER - all here at PlazaCo. JaceSon's favorite role though is as husband, father, grandfather, brother and son and sends all his love to those he dearly loves. As we launch into a new year in 2019, JaceSon wishes each of you a happy and prosperous new year filled with joy and love. "Good will ever come!"
More info

Freddy is exceedingly, exceptionally, extraordinarily excited to be returning to Plaza Theatre. Recently he played Ebenezer Scrooge in A CHRISTMAS CAROL at the Granbury Theatre Company, and he is a member of Plaza's improv troupe, The ImPLAZAbles. He was also the Stage Manager for ELEMENTAL: NATURE'S RHAPSODY in Dallas as part of the AT&T Elevator Project. He will next appear in a production of WHITEHOUSE MERRY-GO-ROUND as The President. He'd like to thank his mother, father, and as always, Meryl Streep.
More info

Lindsay is excited to be working on her 16th production at PlazaCo. She is thrilled to be stage managing THE MUSICAL COMEDY MURDERS OF 1940. Lindsay has stage managed many shows around the D/FW area, with some of her favorites being HUNCHBACK, HAIRSPRAY, RAGTIME, WEST SIDE STORY, MAN OF LAMANCHA, THE LITTLE MERMAID, THE ADDAMS FAMILY, JOSEPH...DREAMCOAT, and BIG RIVER. Lindsay is a multiple COLUMN AWARD Winner and is also on the Board of Directors for THE COLUMN AWARDS. In her ever-shrinking free time she can be found at the ballpark watching her Texas Rangers. "Thank you JaceSon for letting me be part of MCM40, and a special thanks to William, Chloe and Zoe for continuing to encourage my love of theater." Have a simply divoon time!
More info