Sherwood: The Adventures of Robin Hood

Packed with thrills, romance, laughter, and immortal characters like Little John, Friar Tuck, and Maid Marian, Sherwood: The Adventures of Robin Hood tells the enduring story of a hero of the people who takes on the ruthless powers that be. So get ready to duck a quarterstaff or two – you won’t want to miss a moment of the swashbuckling fun! 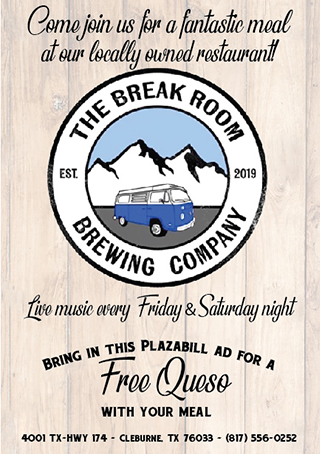 It has been quite a long hiatus since Jesse last was able to perform on stage. While much has changed, not just in the world, but within himself; the one thing that hasn’t changed is how much his heart yearns for Theatre. His passion lies in the telling of a story alongside his fellow performers; learning things along the way, and in turn teaching something to the viewer. Sharing something that is bigger than ourselves, that brings joy and laughter, and perhaps has us going home in a more evolved state than when we first arrived. You might remember Jesse from such roles as Romeo in ROMEO & JULIET, a show produced by PlazaCo for Shakespeare in the Park, Zorro in ZORRO THE MUSICAL, Lt. William Seawright in DEAR RUTH or perhaps the last show he performed at Plaza, THE COMPLEAT WORKS OF WILLIAM SHAKESPEARE. “I hope that this show that is full of laughs, romance, bravery, justice and heart lifts you up as much as it did me. Also, I’d like to give special thanks to my dog Luna, who had grown ever
More info

Freddy is exceedingly exceptionally extraordinarily excited to be returning to Plaza Theatre. Recently he Assistant Directed "Pollyanna" for Plaza. His most recent role was that of Sergeant Trotter in the THE MOUSETRAP at the Granbury Theatre Company. Prior to that he directed THE COMPLETE WORKS OF WILLIAM SHAKESPEARE (ABRIDGED) for Paza Theatre. You will next see him in a production of "Titanic 2: The Revenge" where he will be playing the Iceberg that gets hunted down by the Ship. He would like to thank God, his Beautiful wife, and as always, Meryl Streep.
More info

Jorilyn is thrilled to be making her debut at Plaza Theater Company! She feels very honored to be in this amazing show with such a remarkable group of talented people. Plaza has been so welcoming and encouraging and Jorilyn looks forward to future shows here. She loved acting back in high school and college, her favorite role being Veronica in FIGMENTS. However she took a break from theater to attend college, pursue her career, get married and have two beautiful children. In 2019 she performed in the show ELF at Artisan Theater and ever since then has been dying to jump back into the theater world. She stays very busy as a sign language interpreter, a wife, mother, and college student. In what little free time she has, Jorilyn enjoys ballroom dancing, reading, singing, and playing softball. She would love to say a special thanks to her very supportive husband who helps with the kids while she follows this passion. Shout out to her little boy and girl who are thrilled to see Mommy in this show.
More info

Kelly is delighted to be back on the Plaza stage! This is show #22 for her here at PTC, and the first since giving birth to her sweet boy, Daniel. Favorite roles include Jo in LITTLE WOMEN, Anne in ANNE OF GREEN GABLES, Pinocchio in SHREK, Snoopy in …CHARLIE BROWN, and Betty Jean in THE MARVELOUS WONDERETTES. A proud Baylor grad and middle school theatre teacher, Kelly sends her love and thanks to her family, especially Stephen. Enjoy!
More info

Alina is so excited to be back on the Plaza stage and with such an amazing cast. She is a graduated of Fort Worth Academy of Fine Arts where she studied musical theater for 10 years. Previous shows: Consuela WEST SIDE STORY, Sylvia ALL SHOOK UP, Dynamite HAIRSPRAY, Buffy STARLIGHT EXPRESS, Hannigan ANNIE, Jetsome LITTLE MERMAID, Cowardly Lion WIZARD OF OZ and many more. She has been New York to be in ITheatrics Choreography DVDs where she was a dancer for Nice Work..... and played the role of Roxie in Chicago! Alina would also like to thank her fabulous sisters and personal stylists Keshia and Saskia her wonderful mother for always supporting her.
More info

Caelin is delighted to make her Plaza Theatre debut with this fabulous show! She has adored getting to know her castmates and the wonderful Plaza family. She began acting at the age of three at George Ranch Historical Park and has since broadened her work into the realms of singing, dancing, voiceover acting, and exploring the technical side of theatre. Recently, you may have seen Caelin at Mainstage Classic Theatre as Anna in FROZEN JR, as the Mad Hatter in ALICE IN WONDERLAND, in the SOUND OF MUSIC, and as an actress and assistant director in VIRTUAL ISOLATION, a devised play about the quarantine experience. Last year she had a fantastic time in the Triple Threat program at Casa Mañana under the direction of Hannah Argüelles, Sarah Gay, and Jessica Humphrey, while also becoming a dancer at RISE Performing Arts Center and a student at Mainstage Classic Theatre. Caelin would like to personally thank Alicia Ingersoll and Sasha Davis, "Your counsel and encouragement have been invaluable.”
More info

Matt's previous Plaza appearances include ZORRO, SINGIN' IN THE RAIN, THE LITTLE MERMAID, MARY POPPINS, HEAVEN CAN WAIT, and BEAUTY AND THE BEAST. Matt was born and raised in Cleburne but moved away to attend Harvard University where he completed a degree in Computer Science. He performed regularly at several professional and community theatres in the Boston, Seattle, and New York City areas. He spent 9 years as a hedge fund trader outside of New York before moving back to Cleburne in 2015 to join the family business.
More info

QUENTIN SCOTT
(The Sheriff of Nottingham)

Quentin Scott is excited to be back on stage after a 2-year hiatus. He appeared most recently as Sgt. Chuck Vincent in DEAR RUTH here at Plaza Theatre Company. He owes it to his partner Erin for encouraging him to return to the stage when he was unsure. When not playing corrupt government officials on stage, Quentin is a Realtor dedicated to servicing Johnson County and beyond!
More info

Is excited to be back onstage doing his 20th Plaza show. Among his favorite shows he has appeared in over the years is: TREASURE ISLAND, WAR OF THE WORLDS, ZORRO THE MUSICAL, SHAKESPEAREAN DEATHMATCH, SHREK, SAMURAI NOSFERATU, THE FOREIGNER, MONTY PYTHON MADNESS, ONE FLEW OVER THE CUCKOO’S NEST, NOISES OFF, THE TEMPEST, and THE LAST DAYS OF JUDAS ISCARIOT.
More info

When she was a child, Robin Hood was her favorite legend. The story planted seeds in her heart. A yearning for something other, something bigger than herself. A type of courage and passion that inspired her to forge her own path through the forest and take the road less traveled by. She is absolutely delighted that this should be her Plaza debut. You may recognize her from various seasons of The Promise, or from several roles with Cleburne's Carnegie Players. When at home, she enjoys spending her time painting, cooking, or snuggled up with her cat and a good book. She would like to thank her husband, Freddy, for all his love and support: " I love you Dearling."
More info

Jacob Hanson would like to thank Aaron and the crew for this fantastic opportunity to be back on the Plaza stage! He's appeared in Plaza's Shrek the Musical and Romeo and Juliet at Shakespeare in the Park. He also made a brief trip to the Little House on the Prairie last year. Away from the Theatre, you can find Jacob at the gym, in the pool, or telling dad jokes to his daughter's and wife's dismay. "Ich liebe dich Lauren und Iliana."
More info

Carlo is originally from Los Angeles, CA, but now lives in Dallas, TX, where he is a local fight director and action choreographer. He has studied both Martial Arts and Stage Combat for over 20 years. A video game/comic book loving nerd and father of three, Carlo is co-founder of the stage combat organization SC Dallas, LLC. He has been recognized by the Society of American Fight Directors (SAFD) as an Advanced Actor Combatant and as proficient in Theatrical Firearms Safety. Carlo is also an Intimacy Director and Consent Educator on the pathway to certification with Intimacy Directors & Coordinators (idcprofessionals.com). His range of work has been seen on The History Channel, the Hollywood Bowl, the House of Blues, Winspear Opera House, and more. Carlo is happy to once again work with Plaza Theatre Company and all the talented professionals therein.
More info

David Saldivar is a certified Advanced Actor Combatant with the Society of American Fight Directors. He graduated from UTA in 2015 with a Bachelors in Theatre Arts and continues to work with local theaters & high schools. In addition to working in theater, David is a licensed pyrotechnician and also the fight director for Scarborough Renaissance Festival. When he is not working on projects he spends his time with his dog or finding hole in the wall taquerias with friends.
More info