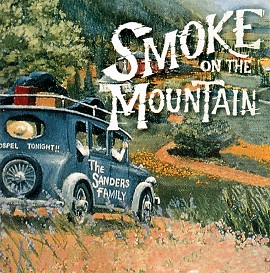 Join us as we take you back to 1938 during one of the Mount Pleasant Church's congregational "Saturday Night Sing" in this interactive musical comedy that will make you laugh and touch your heart with some of the best "old-timey" gospel music from a bygone era.

is delighted to be working with JaceSon and Tina again, two of her favorite directors! She has been musical director or pianist for numerous productions at CATS and Artisan Center Theater and is excited to help launch Plaza Theater with this production of Charlie Brown. Favorite previous involvements include BIG RIVER, GODSPELL, SEVER BRIDES FOR SEVEN BROTHERS, BEST CHRISTMAS PAGENT EVER, WIZARD OF OZ, and JOSEPH AND THE AMAZING TECHNICOLOR DREAMCOAT. She teaches private Piano, Guitar and Voice. Cheri would like to thank her husband, Brian for letting her play at this very fun hobby and as always she's having a blast doing all of this along side her son, Curt. Thank you most of all to Jesus for energy and the grace to keep going and to Him be all glory.
More info

is thrilled to be making his debut performance at Plaza Theater Company. He has always loved the arts and has been blessed not only to have done many productions in High School but had the opportunity to perform Bye Bye Birdie with his wife and two children recently. Being on stage with ones whole family is definitely an unmatched joy. (Can you tell his wife is writing this???) He is a cut up at home, a cut up with friends and is loving the chance to cut up on stage with friends and family again! He is so thankful for the support of his friends, children and most especially his wife who worships the ground he walks on!
More info

is thrilled to be playing June again and thankful to work with JaceSon and Tina on another show! Other favorite roles include Bette in "Heaven Can Wait", Mrs. VannDan in "Diary of Anne Frank", and Mrs. Beaver in "The Lion the Witch and the Wardrobe". Danielle's passion is theatre and is prosuing a BFA in performance at UTA. She just finished filming her first part in a movie, and now she hopes to turn into a sloth this summer and finally rest! "Thanks to my wonderful crazy family who is supportive of my career and to my Lord and savior Jesus Christ; I live for Him and Him alone."
More info

is excited to be in her 5th production of SMOKE. Favorite on stage rolls include Vera Sanders in SMOKE ON THE MOUNTAIN, Miss Hannigan in ANNIE, Golde in FIDDLER ON THE ROOF, disciple in GODSPELL and multiple characters in Theatre Arlington’s production of LUCKY STIFF. Past experience includes director, choreographer, studio vocalist, vocal coach, percussionist and live sound engineer. Darcy enjoys serving as vocalist/percussionist and drama leader at her church, and her day job in the financial planning arena. I’m so excited for Plaza Theatre and the Cleburne community, and look forward to opportunities to work with you in the future.
More info

is so thrilled to be on stage for the first time in Cleburne! Some of her favorite roles include, Annie in ANNIE, and Mary Jane in BIG RIVER. She is also pleased to be able to claim the youngest actor on stage as she is 8 ½ months pregnant with her third child. “I am thankful for all the gifts God has given me, as well as my ever supportive family. Who wraps me in a sheet of love EVERY day!” Thank you to Sydney, and Sebastian for letting Mommy play. And Reverend Oglethorpe…I am watching you!
More info

is very excited to play someone from Siler City, NC which was founded by his 4th great-grandfather! He has been in numerous productions in DFW and at other theaters in the US. Favorite roles include Pap in BIG RIVER, Lazar Wolf in THE FIDDLER ON THE ROOF, Big Julie in GUYS AND DOLLS, Hank in THE MAN WITH THE POINTED TOES, Levi in JOSEPH AND THE AMAZING TECHNICOLOR DREAMCOAT, and Odysseus in THE ODYSSEY. He has a wonderful wife, Milette, and three wonderful kids. ShooEEE!
More info

is thrilled and thankful to JaceSon and Tina Barrus for allowing him to play at the Plaza Theatre with the rest of his family, who happen to be in the cast and crew. Thanks to Jesus for making theater part of life. Howard is a music teacher in the Arlington School District.
More info

is thrilled to return to Mt. Pleasant for his fifth time, and honored to help Plaza Theater bring the message of “Smoke” to the city of Cleburne. A true director’s son, Joey has been performing since the ripe old age of eight, and since then has been seen by Metroplex audiences in dozens of productions at ArtisanCT, CATS, and Theatre Arlington. In his other spare time (hah!), Joey enjoys playing any instrument he can get his hands on with his church and Arlington worship band Room 13, or composing and recording original scores for local scripts and adaptations. Joey has his Associates of Arts from TCC’s Cornerstone honors program, aiming to be a (well-fed starving artist) Radio/TV/Film major at TCU in the Fall of ‘07. Joey would like to thank JaceSon and Tina for their inspiring artistry, his family for being the wind beneath his wings, and express his joy at getting to declare on stage that “Jesus is the Son of God come to save us from on High!”.
More info

is a freshman at Cleburne High School where she was recently awarded "Outstanding Freshman in Choir". Her favorite roles include Florence in THE CURIOIS SAVAGE and Violet in CHARLIE AND THE CHOCOLATE FACTORY. Kaitlin has also enjoyed being in shows with the Carnegie Players including OLIVER TWIST and MIRACLE ON 34TH STREET. Kaitlin would like to thank her parents for finding the time to get her to rehearsal and home in Godley Texas.
More info

appreciates this opportunity to be a part of this wonderful production. This is Kay's debut performance in a musical but has much experience as an MC at various activities. Kay spent many years working for Delta Airlines scheduling pilots, and is currently working for a performance improvement agency. Kay is an avid NFL football fan, and in her leisure time enjoys shooting guns and training German Shepards.
More info

is happy to be on stage once again with her daughter Kaitlin. She has previously played as Old Sally in OLIVER and as Rich Lady/Parent in MIRACLE ON 34th STREET with the Carnegie Players.
More info

is very grateful for this opportunity to work as a stage manager! Favorite roles include Mary Lennox in THE SECRET GARDEN, Martha Gilbreth in CHEAPER BY THE DOZEN, Rosemary in A CHRISTMAS MIRACLE, and The ghost of christmas past in A CHRISTMAS CAROL, as well as playing Lolly in Plaza theatre's 'Lolly-Pup’s Roundup". She sends love to Parky, Cammy, Edie, and Mimi, and to Mom and Dad!
More info

is appearing for the fifth time as Miss Myrtle, and she's growing quite fond of the crusty old lady, who is based on church ladies she knew growing up in the Bible Belt. Taffy has been in love with the theater since kindergarten when she got to play Tiger-Lily, the mean ugly step-flower, in CINDERELLA IN FLOWERLAND. Taffy has directed over 30 area productions including ANNIE and THE CHRISTMAS CAROL MIRACLE at ArtisanCenter Theater in Hurst, TX. In 2003, she was named Best Actress by the Fort Worth Star Telegram for her role as Miss Hannigan in CATS production of ANNIE. She has also directed several plays that she adapted from books, including THE CHRISTMAS CAROL MIRACLE and A WRINKLE IN TIME.
More info